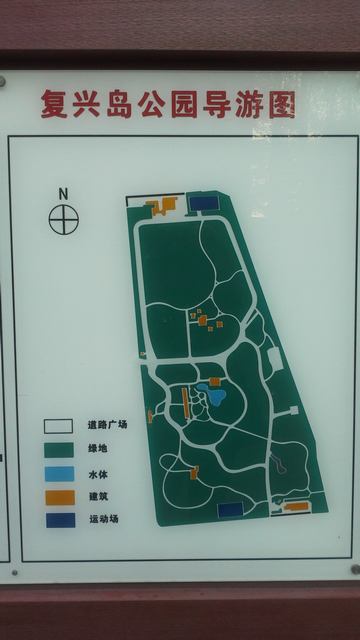 Fuxing Island Park, located at 386 Gongqing Road, Dinghai Road Community, Yangpu District, used to be known as the Sports Society of Shanghai Conservancy Board, which was first formed in 1930s, seized by the Japanese army during the War of Resistance Against Japanese Aggression and regained by Shanghai Conservancy Board after the victory of the Anti-Japanese War. The ‘Monument to Recovery of Fuxing Island’ was erected there in Oct 1948 and devastated in 1967. After the liberation of Shanghai, the Sports Society was taken over by the Harbour Bureau, and then shifted over to Shanghai Public Works Bureau in Feb 1951. Following a reformation, Fuxing Island Park, with a land area of 4.19 hectares, officially came into being in May.

In June 2009, the Municipal Government and the District Government jointly invested in the overall renovation of the park. On the basis of the special scenic features of the park, the original cherry orchard has now been restored and the heart-shaped lake transformed into a new scenic spot, with leisure facilities such as the White Hut and the pergola reformed. Fuxing Island Park has grown to be a favorite location where residents from the surrounding area work out and relax themselves.

Dinning on the Great Wall

Lecturer of English and Western Culture wanted at shisu